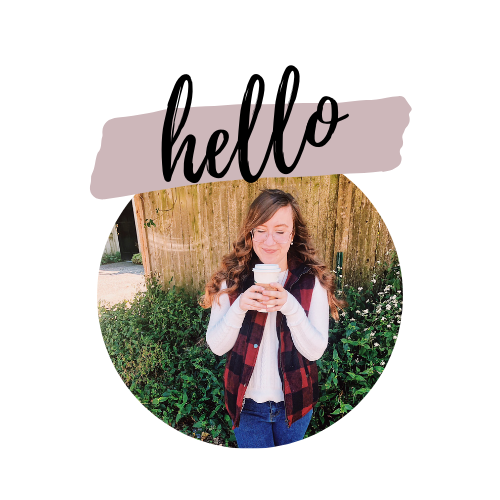 My name is Haley and I am a bullet journal enthusiast, serial book purchaser, and social work student living in Providence, Rhode Island. I blog about stationery, studies, mental health, and my endometriosis... or, in other words, all the things that make me, me!

be proud of how far you’ve come 🌱
@pusheen is always a good idea ✅
good afternoon to this literal ray of sunshine! ☀️
kuroo tetsurō: bane of my existence, object of all my desires 💋
i just love him so much 💖
no. ☝🏼 best boy tooru oikawa

One thing I’m excited to write about more on my blog in 2021 is my journey toward becoming a trauma therapist. For anyone who wants to become a licensed clinical social worker (LCSW or LICSW, depending on the state you live in), graduate school is a non-negotiable part of that journey.

I finished my graduate school application process, including taking the GRE, at the end of November 2020. This week, I heard back from — and committed to — my top choice social work school, Boston College. It’s tied with my alma mater, Boston University, as the #10 social work school in the country. Fun fact: the two schools are fierce hockey rivals, and now I’ll have degrees from both!

Now, here’s the caveat: school rankings don’t mean much of anything. The meaning we ascribe to them is entirely personal, since sites like U.S. World Report rank based on factors that don’t have anything to do with education — like donations and new buildings. (Don’t believe me? Watch this clip from the show Adam Ruins Everything.) What was most important to me was to go somewhere that had a good clinical program, which BC does: they offer a specialized track in Clinical Practice.

That’s why the alternate title of this post is “My Tips For Getting Into Your Top Grad School.” Because I’d rather help you get into your favorite program than into a program you don’t love but which has that top 10 ranking. That being said, I’ve learned a thing or two along the way throughout the admissions process at Boston College. Here are some tips based on what I’ve learned to help you get into your top MSW program.

Social work programs don’t require a background in social work, but they do usually require you to have majored in the liberal arts. Your grad school applications typically ask for a resume and a personal statement of varying length. These are your opportunities to show off the places where you really shine — and that are most relevant to your future in social work.

Because I didn’t know I wanted to do social work in college, my undergraduate experiences weren’t that closely tied to my choice of graduate program. So, instead of stressing the internships I had on my resume — on the Massachusetts Coordinated Democratic Campaign in 2018, for example — I talked about my volunteer experience in mental health. I also paid $20 to get certified in administering Naloxone and another $20 to get trained in suicide prevention so I could a) learn and b) put these certificates on my resume.

You probably won’t put coursework on your resume, so your personal statement is your opportunity to talk about these. Many graduate programs specifically ask you to address relevant courses you took in college. For social work, that could mean psychology — but it could also mean any course that challenges your critical thinking and teaches you valuable skills. For example, I also talked about how I took a Statistics course and minored in Political Science, and how those helped prepare me for a graduate level program.

Even more so than your experience in social work or mental health, MSW programs are looking to see that you’re mature and capable of handling a rigorous program. They need someone who can juggle classes and fieldwork, and represent their school well at a fieldwork placement outside the school. My advice is to worry less about how impressive you are as an applicant and focus on showing them that you’re capable of succeeding now.

One of the most important things I did for each school that I think helped me get accepted to Boston College was to customize my personal statement to the school I was applying to. Again, many of the schools I applied to specifically asked me to address why I wanted to attend their program. However, for BC, I was especially excited to write about why I wanted to go there because of their specific Clinical Practice concentration.

Instead of copying-and-pasting the exact same personal statement for each program, I highly recommend finding at least one specific thing you like about each school and mentioning it in a short paragraph. Here’s a trick you can take directly from my applications: look into the school’s mission statement and see if you can quote it directly. Don’t plug a two-paragraph quote in, but if you can use two or three words from the school’s mission statement in your personal statement, it shows them that you did your research.

I had a difficult second year of college (I say second year because I graduated in three years, so I didn’t have a typical freshman-sophomore-junior-senior experience). I was struggling with my mental health, struggling with my relationship with my dad (whom I no longer talk to), and struggling to adjust to being single after a breakup. As a result, I partied too hard, caught a recurrent case of strep, and got Cs in most of my classes. This really dragged down my GPA.

At the time, I wasn’t worried about my GPA because I thought I would be done after college. I never anticipated going back to grad school because I didn’t think it was necessary for a career in communications. I still don’t, but obviously, a career change is in my future — one I never could have expected! But that put me in a bit of a pickle when I decided to apply for graduate schools. My undergraduate GPA was a 3.2, which is just over the 3.0 minimum for many graduate school programs.

While I technically passed muster, I was worried that my GPA might drag down my application. So, I made the decision to register for the GRE test. GRE scores aren’t required for most undergraduate programs unless you have a GPA below a certain threshold (usually, that threshold is 3.0 or lower). But, because I’m good at standardized tests, I knew that it would help my application to take it. If you aren’t good at standardized tests, I would look into other ways to strengthen your application.

Since I’m a good test taker, I decided to go for it. After studying for a month and a half, I got a 321 and was in the 96th percentile for verbal (the part of the test that’s more important to MSW programs), so you could say I know myself pretty well!

When people give advice about recommendation letters, they tell you to pick the recommender who will write you the strongest letter of recommendation. I happen to think there’s one thing that’s more important than writing you a good letter, and that’s how reliable your recommender is.

I had three great recommendation letters from two coworkers and a professor, but my experience with recommendation letters highlighted how important it is to choose someone you can rely on, even more so than someone who likes you or whose class you got a good grade in. Unfortunately, two out of three of my letters ended up being a bit of a chase. It all worked out for me in the end, but I wish I would have taken into consideration speed when I was creating a plan for my recommendation letters.

Of course, many professors are busy, and when you’re relying on them for a recommendation, it’s impossible to avoid working with their schedule. If that’s the case for you, I recommend thinking about your recommendation letters months ahead of time. Ask them to submit your letter way before the deadline — because chances are, they’re going to submit it a little later than you ask them to.

Most schools won’t review your application at all if you don’t get the materials in on time, including recommendations, so it’s important to follow up and stay with it. I sent so many emails and Facebook messages I started to feel like a broken record, but in the end, that’s how I was able to push my recommenders to get their letters in on time.